It is zoned into three core conservation areas Kwando, Buffalo, and Mahango core areas which are designated for special protection and controlled tourism, as well as a large multiple-use area dedicated to community-based tourism, small-scale land cultivation, wildlife use activities and human settlement. The park is zoned into core areas for conservation and farming. This survey laid the foundation for the current management approach in the park, which incorporates the needs of the predominantly Khwe San and Mbukushu people living there.

It was not until after Independence in that the Park could be properly run as a conservation area. A survey was conducted in the park at Independence to investigate the status of the fauna and flora after the military occupation and to assess the circumstances of the 5, people living in it. This survey laid the foundation for the current management approach in the park, which incorporates the needs of the predominantly Khwe San and Mbukushu people living there.

Development of infrastructure, provision of equipment and park planning is being supported by the German Development Bank KfW. Natural features: Low vegetated sand dunes with old drainage lines omurambas in between. Okavango River in the west and the Kwando River in the East. Vegetation: Broad leafed Kalahari woodland with trees such as the Zambezi teak and false mopane on the sandy areas, camelthorn and the leadwood in the omurambas.

Reeds and papyrus on the floodplains which are lined with trees such as the jackal berry, mangosteen, knob thorn and fan Bwabwata National Park. Wildlife: Large concentrations of elephant and buffalo, also sable and roan antelope. Main predators such as lion, leopard, cheetah and hyena. One of the last refuges of the wild dog in Namibia. Common reedbuck, red lechwe, sitatunga and hippo along the rivers. Nambwa is a lodge and campsite run as a joint venture between Mayuni Conservancy and African Monarch on the Kwando River.

Several other ministries operate in these settlement areas, providing services to the residents. The MET is committed to working with the residents in terms of joint wildlife management and benefit sharing. A Technical Committee has been formed consisting of all the main stakeholders in order to advise MET on management issues.

Park residents have formed their own representative body, the Kyaramacan Association. Apart from tourism development, the Association shares the income from a trophy hunting contract with the Ministry. Park staff work closely with conservancies, community forests, NGOs and other Government departments to jointly manage a larger area of land known as the Mudumu North Complex, which includes the Bwabwata and the Mudumu national parks and the communal land in between. The park is partially fenced and these fences have to be maintained, particularly because of veterinary controls on the southern boundary which forms the border with Botswana.

Poaching is low in the park due to the joint efforts of MET and the community game guards although there are sometimes incursions from neighbouring countries. The large concentrations of elephants are opening up the riverine vegetation and destroying habitat for species such as the Chobe bushbuck, the number of which are declining. 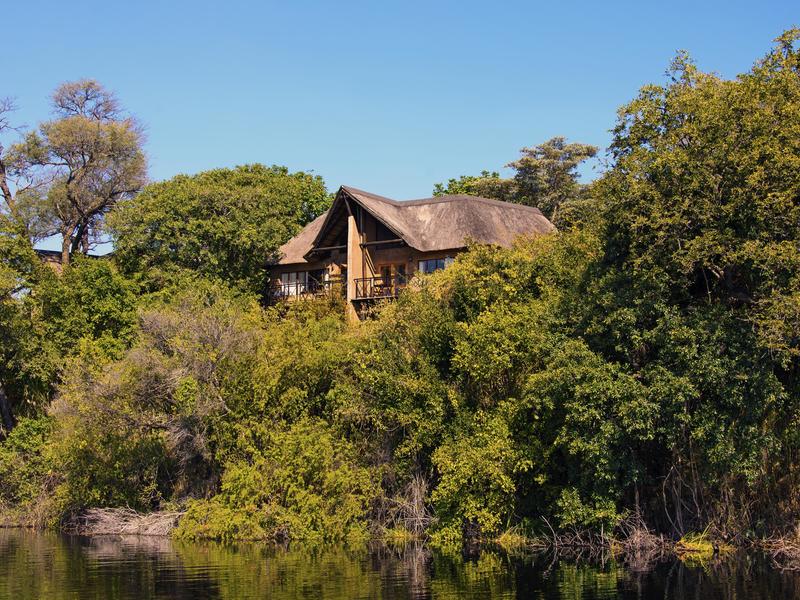 Large concentrations of elephant and buffalo, as well as roan and sable antelope occur in the park. Okavango River in the west and the Kwando River in the East. Recreation[ edit ] Visitors travelling off the main road need a permit and must drive only on designated roads.